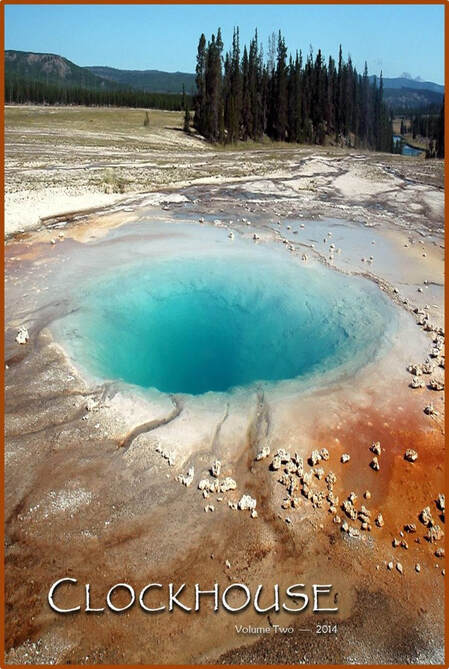 from Beth Kephart’s The Velocity of Wings:

“Oh, Love,” Becca said. “Oh, God. Kate.” And she couldn’t lift her, couldn’t hold her, had to keep herself back, no harm, she kept thinking, no harm, and she ran her finger just as gently as she could up and down Kate’s one whole arm, singing a song she remembered from long ago, some idle tune from Prague that Kate had loved, that Kate remembered, she could tell that Kate remembered it now; it was the right thing to sing, it was all Becca could do—no questions, don’t make Kate talk, no harm—and now, at last, from around and above, from a place far away but growing near, there was the sound of sirens.

Blue, Becca thought. The sound of blue. A hard scream into a spring day until the macadam crackled and a van door slammed, and there were two pairs of boots coming, a stretcher between them, Becca calling them around to the rear.

I played Jonas as a chipper man. But was he as chipper as I played him in the minds of those who invented him, the authors? And in playing him did I in a sense invent him, is that not the case of actors? Is interpretation invention? Does the imagination necessary to create denote invention?

from Elisabeth Frost’s Proxy: The Truth of It

Today she would have turned eighty-nine.

That’s how we say it. Turned. Like a vehicle carrying itself into a new direction.

But that doesn’t feel right. Too active, like a choice determined by oneself, when the truth is that the year transpires and we mark it for reasons of our own, and the whole thing is arbitrary, like the lapse of one tree branch into the next, which carries its new weight in whatever direction the sun decides. Where’s the choice in that?

She’s done now with becoming. Is that why would have is wrong as well?

The truth is different. Today she is 89.

from Nancy Kricorian’s Letter to Palestine (with Armenian proverbs):

In a foreign place, the exile has no face.

You wake up in the morning and forget where you are. The smell of coffee
from the kitchen. The sound of slippers across the linoleum floor. It could
be any country.

When you look in the mirror you see the eyes of your grandfather. He
expects something from you, but he won’t tell you what.

I was making that night a mushroom Parmentier
when I felt the witch lurking on page 16.
From poems on the bus after work, I read
in my bones I’d seen her and she
looked back like my face in a window,t
his one I’d met—in her forest, her patch yard.

Potatoes simmered on the front burner,
onion slivers melted in their butter
and I couldn’t quite catch her
as I chopped the brown buttons, couldn’t stop
the blade to write my bitter sins.

In the times and journals we are classes
and genders mixed with statistics
on weather and wars. Truth
and justice are nouns not verbs.

In Celtic lore the harp
made from bone and hair
of the drowned girl
s played in the King's Hall.

The pearl formed from a grain of sand
is hidden. Divers clamped pins on noses
tied rocks to ankles. We forget
the language of oyster and sea.

When the tide shifts the choir
sings to the harp forged
from the bodies of our wronged
and dead. Waves and gulls
echo behind the contralto
for this century's justice.

At least the stranger strapped to my body hit me in the face
And rightfully so, for I was in charge
And skydiving. And asleep on the job. You have to remember
The good lord is like a new father
Who's on the lamb
But may be back, give him time,
And the world could right itself: animals too tired to tread water
Might grow fins, those too tired to keep walking could
Sprout wings to tote them above shimmering quadrants of corn.
You never know.

Rahna Reiko Rizzuto: You’ve talked about the value and the joy of “seeing ourselves in the strangeness of a story.” This is the gift of the long-form narrative: that a reader can become immersed in an epic tale like The Astonishing Life of Octavian Nothing and discover herself in a story that only exists because you told it. If we have a society that believes that words are just bits of information, then people lose their capacity to deal with literature, and what they lose is their interest in sitting with you, taking the time, and letting you describe something they have never seen before. They are not going to have the patience to enter a past they didn’t know of, or a future universe, because in a sense their brains have been rewired . . .

M.T. Anderson: You can feel that rewiring. If you read one of the big 19th century novels, like George Elliot’s Middlemarch—what an amazing book that is. What an amazing mind that is. It is incredible, just as you are saying, to be in the presence of that mind. The funny thing is that, at the same time, George Elliot in the course of that novel talks about how she feels that things are moving too fast in the 19th century and she feels like she is trying to speak in a parrot house where she is surrounded by birds all just squawking! On the one hand, absolutely, the longer form narrative allows you to connect with the depth of a person that is really incredible. On the other hand, I do think it is also true that some people always think that information is coming at them too quickly.

At the moment, I do honestly believe we are at an historic cusp in human history. It’s almost a biological as well as cognitive cusp. It’s certainly equal to the revolution of print 500 years ago. What with the possibilities of enhancement of the human being—by which I mean medical enhancement, neurological enhancement, and even interfaces, which I wrote about in Feed, between the human and the machine, which there is plenty of work being done about and I honestly think we are going to see within our lifetimes structures like that—I feel we are revolutionizing who we are as a species. That we have the good luck or bad luck to be living at a time when humans are turning themselves into something new that has never been seen on this earth. That is, depending on your attitude, either wondrous or terrifying. I don’t know which it is for me.