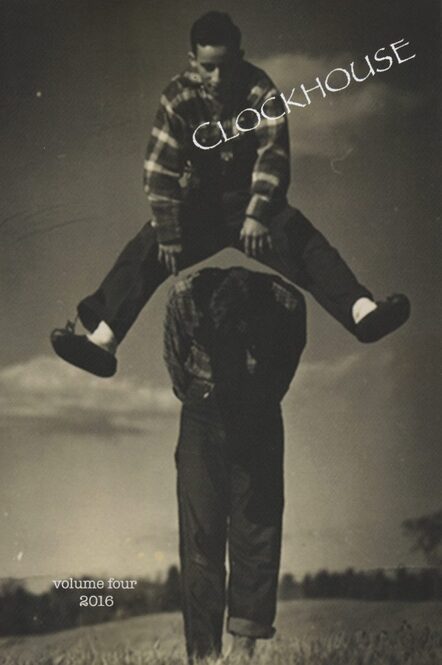 A Note from the Editorial Director: Moments, Lapses, and Spans


A week ago, an old man came onto my porch out of the spitting rain and rang my doorbell. He wore a black hooded jacket with a ball cap under that and asked for a woman.

“Oh, this wasn’t her house, but she lived next door for years,” I said. I wouldn’t have known this except I’m the village historian of Brockport, NY. I hesitated to tell him, but did anyway, that she passed ten years ago. Maybe he’d been visiting after years away, I reasoned.

Then he asked me for the woman who lived in my house from the 1940s through the 1990s, and I had to tell him she no longer lived here either. That she had passed, too. By this time, I’d noticed the cloudy smears over his blue eyes, and how he kept looking down at his feet and running his hand over his face as if to clear his mind or restart himself. We stood at the threshold of my door for a while and spoke about his mother and how he missed her no matter how long she’d been gone, and the gas station he owned past the five corners, and how hard his father had worked all his life, how he wished he could still call him. Then he wandered off toward home, just three blocks away.

It didn’t come to me until a while later that this man was struggling with time, that he likely had Alzheimer’s or dementia. And with privacy being what it is within the borders of a village, it wasn’t long before I’d confirmed what I’d thought—that he’d confused the time on my porch with time he’d spent in this same space years before. I worried he’d be at risk of walking so far away from home past dusk in dark clothing that he might never make it home at all.

All this for one word: time. The confusion of memory and mindspace are explorations best served in art. Of course, this sad story (though the man made it home safely) haunted me for days and continues to as I review the content of this issue of Clockhouse—an issue so devoted to time and its complications—that I’ve come to think of the man’s visit as serendipitous. Like life, literature involves the pressure of time passing, the longing for time passed, the anxiety and excitement of time to come. We’re all commanded, herded, and ruled by time. Sometimes, we allow ourselves to slip out of its boundaries to where we can’t physically go, but literature and art can go anywhere, can visit any time.

The pieces in the 2016 issue of Clockhouse imagine, portend, lament, celebrate, and live with nostalgia, all while breaking, obeying, or fighting the boundaries of time in moments, lapses, and spans.

Jacinda Townsend questions how September 11th transformed public opinion, how time and place intersect to forge false narratives and hard hearts, how her relationship with her father lapsed until peaking in brief moments of contact.

Bhanu Kapil’s curated Folio begins with a Kashmiri woman from the past who serves as witness. The writers of the folio, Lucas de Lima, Samiya Bashir, and Eunsong Angela Kim, follow suit. They “grieve and dream at the same time” during their explorations of race, love, and lineage.

Anne Panning imagines a memoir her daughter will publish about post-partum depression in 2036. In “The Homecoming,” Aaron Adair accounts a father’s last moments with and without his family.

Dani Shapiro discusses distance in memoir, how the writer crafts narrative via the subconscious, and how she has become preoccupied with time, particularly in her memoir Hourglass (forthcoming from Knopf, 2017), which explores how a marriage fares through time.

In “Bending Time,” Sondra Olson grieves for her parents in a labyrinth of memory and reality, recalling her mother’s end-of-life insight that it’s as though she “sees everything for the first time.”

In Joannie Stangeland’s poem, time becomes a dress. A Quaker patriarch with Alzheimer’s passes, compelling a family to reminisce and reach out to the dead in “A Driving Tour of Quaker Graveyards” by Jeff Ewing. The poem “Was Here,” by Tyler Erlandson, reveals how a prison cell marks the passage of time and inmates.

Cindy King’s “The Lesson” urges us to “forget the body.” These pieces lament goodbyes yet push us along. Ancestors reach from beyond the stars, reveal where we have gone and are going wrong. This issue, more than anything, asks us to pay attention, to examine our past, to imagine what could be, to envision time from a myriad of vantage points.

This morning, I walked to the campus of the small liberal arts college I graduated from and where I now teach. I’ve lived in this village my whole life. I’ve seen time here, and I’ve studied time here. The doors I pass open to the homes of people who grew up during the Rochester race riots. The hardware store by the railroad tracks has been owned by the same family for generations and struggles to survive the arrival of a Lowe’s. The building I teach in housed Vietnam protests. John Berryman and Anne Sexton and Lawrence Ferlinghetti have read to our students.

Our Erie Canal, deemed the “great Faustian scar of the Anthropocene Era” by one of our Anthropology professors, is also celebrated by boaters, bicyclists, and historians. There are so many versions of time that we risk losing if we don’t seek them.

This issue celebrates the pain and brilliance in the breaths we take or don’t. See how much time has to offer in the 2016 issue of Clockhouse.