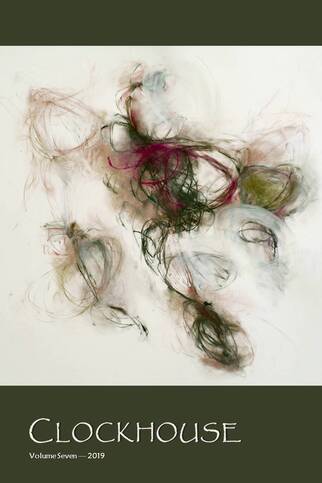 What Builds Us Up: A Note from the Editorial Director

I spent the winter recovering. A broken bone. Most days, I bid time to hasten. Wanted what was cracked to heal. But, there is no hurrying bone. At three weeks, a callus formed—bone cells began to arrange themselves, mantle-like, one layer on top of the next till the bone was certain and steadfast.

For the next six weeks, unable to walk, I settled in, watched the snow meander in desultory flakes to the branches of the mountain laurel, its flaming crown a memory. The snow collected in heaps on the unpruned wilds of the forsythia, beneath the jagged pine outside my window, even at the drip line of the house where the chipmunk muscled his stringy self through clumps of snow to retrieve discards from the birdfeeder.

Finally, what seemed impossible happened. The bone set just as snow retreated from the backyard. I tested my spindly limb as the barn swallows returned to build a nest above the front door. Each day, they added another layer of fuzz and sticks to their new home. I readied myself for spring—invited April into the house through the open windows, unearthed the rhubarb, learned to take the first steps on my new foot.

This issue of Clockhouse testifies to what brings us down—poverty, harassment, discrimination, debilitating disease, and drug addiction to name a few examples—and then, bit by bit, what builds us back up. What builds us up often means who builds us up—mentors, leaders, friends who stand with us or for us, even when we cannot stand. In Sean Kenealy's “Saying Goodbye,” this includes the unexpected friendship of co-workers, and in “For My Son,” by Beth Konkoski, it encompasses unconditional devotion, fortitude and patience navigating parenthood.

The Folio, curated by Rogelio Martinez, features Lloyd Suh’s play Disney & Fujikawa, as well as France-Luce Benson's Showtime Blues. In Benson’s play, a New York City subway stalls as three strangers navigate prejudice and presumption. In Suh’s Disney & Fujikawa, two cartoonists ponder identity, racism, pride, shame and civility at the height of Japanese-American oppression during World War II while trying to imagine a time, a place, where these things would not exist.

A nation and a continent rejoice in Claudia Owusu’s “The Night Nigeria and Argentina Play the World Cup,” as small bits of one celebration contrast with the memory of another night, another game. In Jill Frances Johnson’s “Ghats,” a young expat explores the streets of Nepal discovering difficult truths, while in Meg J. Petersen’s “Departure,” the narrator considers a life that straddles two countries, always leaving one or the other.

Memorial Day by Kelli Lynn Woodend begins as a family anticipates the unthinkable. Wants what another family fears. Lives with the dread of bidding a family member farewell.

In this issue’s interview, memoirist Adrian Shirk and her former student, Raquel F. Ponce, discuss the idiosyncrasies of creating, the need for messy research, the importance of spacing out and, also, their own work (“Notes on Memoir,” by Shirk, and “The Conquistador,” by Ponce), included in this volume.

Finally, the cover art, “Seen/ Not Seen” by Nancy Storrow, layers unexpected texture and color—tendrils of green, the happenstance of magenta whimsy, clusters of nest-like browns that ground the eye. Perhaps a bulb poised to erupt. Or a winged creature readied for flight. Or none of those. Maybe just one slender path. An impetus to stop. Consider. What brings us down. What builds us up.