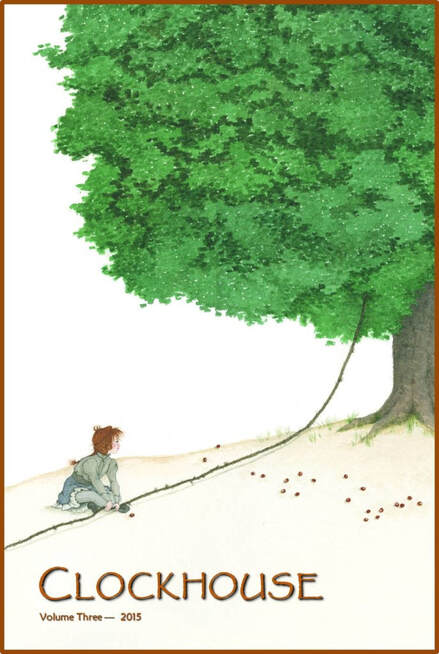 Contributors
Kazim Ali is the co-translator of L'Amour by Marguerite Duras (Open Letter Books, 2013) and has also translated books by Sohrab Sepehri, Ananda Devi and Cristina Peri Rossi; he has published five books of poetry as well several books of fiction, essay and hybrid genre writing. He is associate professor of Comparative Literature and director of the Creative Writing Program at Oberlin College.

Jason Arias is a waffle eater and a pancake lover from way back. He regulates his obsession with bacon amiably. Jason also loves reading, and writing, and his writing group cohorts. He currently resides in Portland, OR with his wife and two sons.

Charlie Bondhus’s second poetry book, All the Heat We Could Carry, won the 2013 Main Street Rag Award and the Publishing Triangle’s 2014 Thom Gunn Award for Gay Poetry. His work appears in numerous journals, including Poetry, The Gay & Lesbian Review, CounterPunch, The Alabama Literary Review, and Midwest Quarterly. He is the poetry editor at The Good Men Project.

Michael Carroll is the 2015 recipient of the Sue Kaufman Prize for First Fiction for his collection Little Reef and Other Stories (University of Wisconsin). His stories have appeared in Open City, The Yale Review, Southwest Review and such anthologies as The New Penguin Book of Gay Short Stories. He is New York editor of The Chattahoochee Review where his interviews with Edmund White, Wells Tower and Ann Beattie have been published. He is at work on a memoir called Life Lust.

Kathryn Cullen-DuPont is the author of Human Trafficking (2009) and a number of books on women’s history including American Women Activists' Writings (2002), The Encyclopedia of Women's History in America (1996, revised 2000), and Elizabeth Cady Stanton (1992). She’s currently working on a book about women and religion, to be published by Facts On File.  Kathryn holds a B.A. from New York University and an M.F.A. from Goddard College. She serves as lead steward of the Clockhouse Writers' Conference, as publisher of Clockhouse, and as assistant chairperson of the Department of Humanities and Media Studies at Pratt Institute.

Marguerite Duras wrote dozens of plays, film scripts, and novels, including The Ravishing of Lol Stein, The Sea Wall, and Hiroshima Mon Amour, and was associated with the nouveau roman (or new novel) French literary movement. Duras is probably most well-known for The Lover, an autobiographical work that received the Goncourt prize in 1984 and was made into a film in 1992. She died in Paris in 1996 at the age of eighty-one.

Alan Elyshevitz is a poet and short story writer from East Norriton, PA. His collection of stories, The Widows and Orphans Fund, was published by Stephen F. Austin State University Press. In addition, he has published three poetry chapbooks: Imaginary Planet (Cervena Barva), Theory of Everything (Pudding House), and The Splinter in Passion’s Paw (New Spirit). He is a two-time recipient of a fellowship in fiction writing from the Pennsylvania Council on the Arts. Currently, he teaches writing at the Community College of Philadelphia.

T Clutch Fleischmann is the author of Syzygy, Beauty (Sarabande) and a Nonfiction Editor at DIAGRAM. A regular contributor to EssayDaily, they teach at the Stonecoast MFA.

John Gosslee's poetry has appeared in Yale Review, Grain, Grist, Gargoyle, St. Petersburg Review, Quiddity and other fine journals. He is the editor of Fjords Review and his latest testament is blitzkrieghq.com.

James Hannaham is the author of the novels Delicious Foods and God Says No, which was honored by the American Library Association. He holds an MFA from the Michener Center for Writers at the University of Texas at Austin and lives in Brooklyn, where he teaches creative writing at Pratt Institute.

Chris Haven's poetry has appeared or is forthcoming in a number of journals including Thin Air, Nimrod, Versal, Louisville Review, Seneca Review, and Poet’s Market 2014. He teaches creative writing at Grand Valley State University in Michigan.

Kathleen Hellen is the author of the collection Umberto’s Night (2012), winner of the Jean Feldman Poetry Prize from Washington Writers’ Publishing House, and two chapbooks, The Girl Who Loved Mothra (2010) and Pentimento (2014). Her poems are widely published and have appeared in American Letters & Commentary; Barrow Street; Cimarron Review; The Cortland Review; The Hollins Critic; Prairie Schooner; Southern Poetry Review; Witness; among others. Awards include poetry prizes from the H.O.W. Journal, Washington Square Review, and the James Still and Thomas Merton poetry prizes. She was twice nominated for the Pushcart Prize in 2013.

Nancy Johnson James is a poet and educator residing in Oakland, CA.

Tim Kahl is the author of Possessing Yourself (CW Books, 2009) and The Century of Travel (CW Books, 2012). His work has been published in Prairie Schooner, Mad Hatters' Review, Indiana Review, Metazen, Ninth Letter, Sein und Werden, Notre Dame Review, The Really System, Konundrum Engine Literary Magazine, The Journal, The Volta, Parthenon West Review, Caliban and many other journals in the U.S. He is also editor of Clade Song. He is the vice president and events coordinator of The Sacramento Poetry Center. He also has public installations in Nevada City[2013/08/22/it-calls-from-the-creek] and in Sacramento [In Scarcity We Bare The Teeth]. For more information, please visit his website.

Michele Karas studies poetry in the MFA program at the City College of New York, where she is also a graduate editor of Promethean. A recipient of the Stark Poetry Award for 2014, her poems have most recently been featured in Thrush, Pea River Journal, and Alaska Quarterly Review.

Sam Lahne is a playwright and translator from Washington, DC. He received his BA from Vassar College and is a MFA candidate in the Playwrights Workshop at the University of Iowa.

Carolyn Locke is the author of two poetry collections, Always This Falling (2010) and The Place We Become (2015), and Not One Thing: Following Matsuo Basho’s Narrow Road to the Interior (2013), a haibun, which combines haiku, prose, and original photographs in a meditative journal about her travels in Japan. A graduate of Bates College with a Bachelor of Arts in English and of Goddard College with a Master of Fine Arts in Creative Writing, she has taught for many years at the secondary level. She lives in Troy, Maine.

Douglas A. Martin is the author of books of poetry and prose, including the lyric narrative Your Body Figured. His piece Outline of My Lover was adapted in part by the Forsythe Company for the multimedia live film ballet Kammer/Kammer. Other work includes: Branwell, a novel of the Brontë brother; Once You Go Back, an autobiographical fiction; and They Change the Subject, stories.

Kevin McLellan is the author of Tributary (Barrow Street, 2015), and the chapbooks Shoes on a Wire (Split Oak, 2015), runner-up for the 2012 Stephen Dunn Prize in Poetry, and Round Trip (Seven Kitchens, 2010), a collaborative series of poems with numerous women poets. He has poems in journals including: American Letters & Commentary, Barrow Street, Colorado Review, Kenyon Review Online, Western Humanities Review, Witness, and numerous others. Kevin lives in Cambridge MA, and sometimes teaches poetry workshops at URI.

Mark J. Mitchell studied writing at UC Santa Cruz under Raymond Carver, George Hitchcock and Barbara Hull. His work has appeared in numerous periodicals and anthologies: Good Poems, American Places, Hunger Enough, Retail Woes and Line Drives. It has also been nominated for both Pushcart Prizes and The Best of the Net. Lent 1999 is coming soon from Leaf Garden Press. His chapbook, Three Visitors, has recently been published by Negative Capability Press. Artifacts and Relics, another chapbook, is forthcoming from Folded Word. His novel, Knight Prisoner, was recently published by Vagabondage. He lives in San Francisco with his wife, the documentarian and filmmaker Joan Juster.

Dave Morrison's poems have been published in literary magazines and anthologies, and featured on Writer’s Almanac and Take Heart. After years of playing guitar in rock & roll bars in Boston and NYC, Dave currently resides in coastal Maine. Stethoscope (JukeBooks 2014) is his ninth book of poetry.

Mike Nagel's essays have been published by The Awl, Apt, Curbside Splendor, Switchback and elsewhere around the Internet. He and his wife live in Dallas.

Suzanne Parker is a winner of the Kinereth Gensler Book Award from Alice James Books for her poetry collection Viral, which was written in response to the suicide of Rutgers University student Tyler Clementi as well as the deaths of other young queers. Viral was a finalist for a Lambda Literary Award and is on the National Library Association’s Over the Rainbow List of recommended books for 2014. Her poetry has appeared in Barrow Street, Cimarron Review, Hunger Mountain, Drunken Boat, and others. Suzanne is the managing editor at MEAD: A Magazine of Literature and Libations.

Edward M. Pinkowski’s early professional training centered on theatre performance at The Piven Theatre workshop, The Audition Studio (Chicago), Player’s Workshop of Second City, and the American Academy of Dramatic Arts in New York. In the mid-nineties, he was named the Chicago Cultural Ambassador to Warsaw, Poland. In this capacity, his writing received First Place in the categories of Writing and Performance at the 1994 Warsaw Festival of Literature. More recently, his dramatic writing has been showcased at Chicago Dramatists Workshop and also produced by The American Theatre Company (Chicago). He is a graduate of DePaul University and earned his MFA in Creative Writing/Playwriting at Goddard College in Plainfield, Vermont.

Jennifer Pullen is a 3rd year PhD student in Creative Writing at Ohio University. She's originally from Washington state. Her work has appeared or is upcoming in Going Down Swinging (AU), Cleaver, The Rubbertop Review, and Phantom Drift Limited.

Frances Richard is the author of Anarch. (Futurepoem, 2012), The Phonemes (Les Figues Press, 2012) and See Through (Four Way Books, 2003). She writes frequently about contemporary art and is co-author, with Jeffrey Kastner and Sina Najafi, of Odd Lots: Revisiting Gordon Matta-Clark's “Fake Estates” (Cabinet Books, 2005). Currently she teaches at the California College of the Arts in San Francisco.

Jeb Sharp is a special correspondent for the public radio program PRI's The World. Her stories about global politics and culture have won awards from the Overseas Press Club, the Dart Center for Journalism and Trauma, the Society of Professional Journalists and the Society of Environmental Journalists. She is grateful for two writing residencies at Hedgebrook, where she wrote the first draft of this essay. She lives with her family in Cambridge, Massachusetts.

Matthew Sharpe is the author of the novels You Were Wrong, Jamestown, The Sleeping Father, and Nothing Is Terrible. The stories in this issue are part of a series, other parts of which can be found at on his blog, Sharpe Stories.

Joann Smith has had stories published in Serving House Journal; Chagrin River Review, New York Stories, Literal Latte, Best of Writers at Work, Alternate Bridges, Image: A Journal of Art and Religion, So To Speak: A Feminist Journal of Language and Art, The Roanoke Review, The Greensboro Review, and others. One of her stories was selected by the editors of Best American Short Stories 2000 as one of the one hundred notable stories of the year. She was also recently an Honorable Mention in the New Millenium Writings contest for “You’re Still Here,” the story that appears in Clockhouse. Her novel, When I Was Boudicca, is available on Amazon.

Laura Sullivan's poetry appears most recently in Poverty/Privilege: A Reader for Writers from Oxford University Press and in Southern Women’s Review. She is a graphic designer in Tallahassee, Florida.

Sarah Brown Weitzman has been widely published in hundreds of journals and anthologies including Poet & Critic, The North American Review, Rattle, Mid-American Review, Ekphrasis, The Windless Orchard, Poet Lore, Potomac Review, Poem, etc. Sarah received a Fellowship from the National Endowment for the Arts. She was a finalist twice in The Academy of American Poets' Walt Whitman contest. A departure from poetry, her fourth book, Herman and the Ice Witch, is a children’s novel published by Main Street Rag.